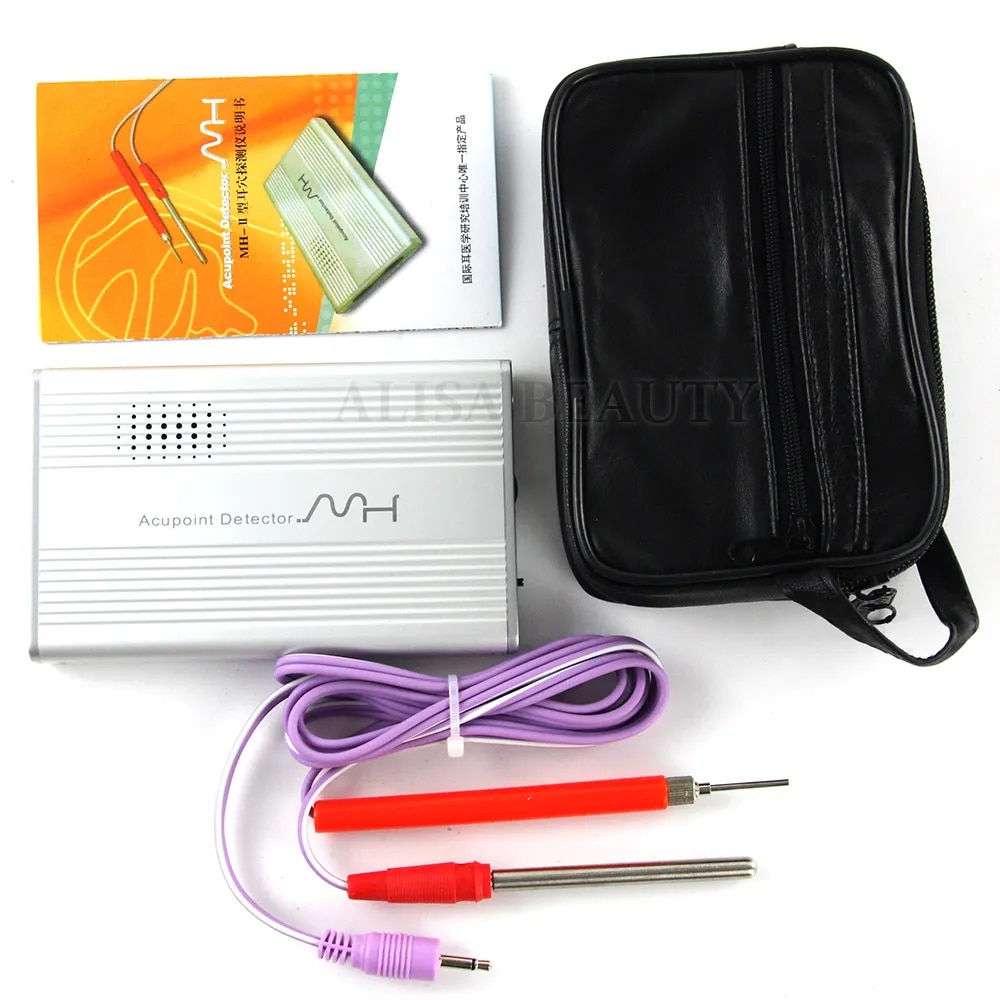 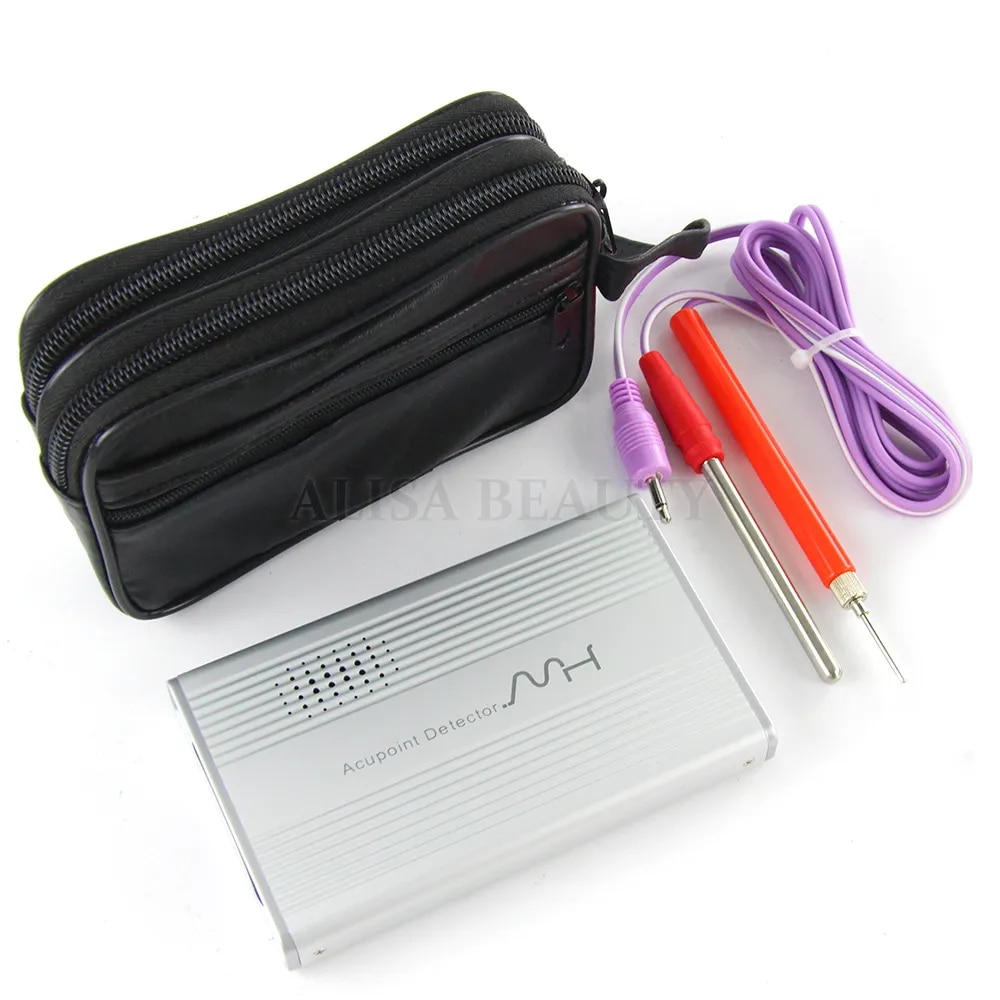 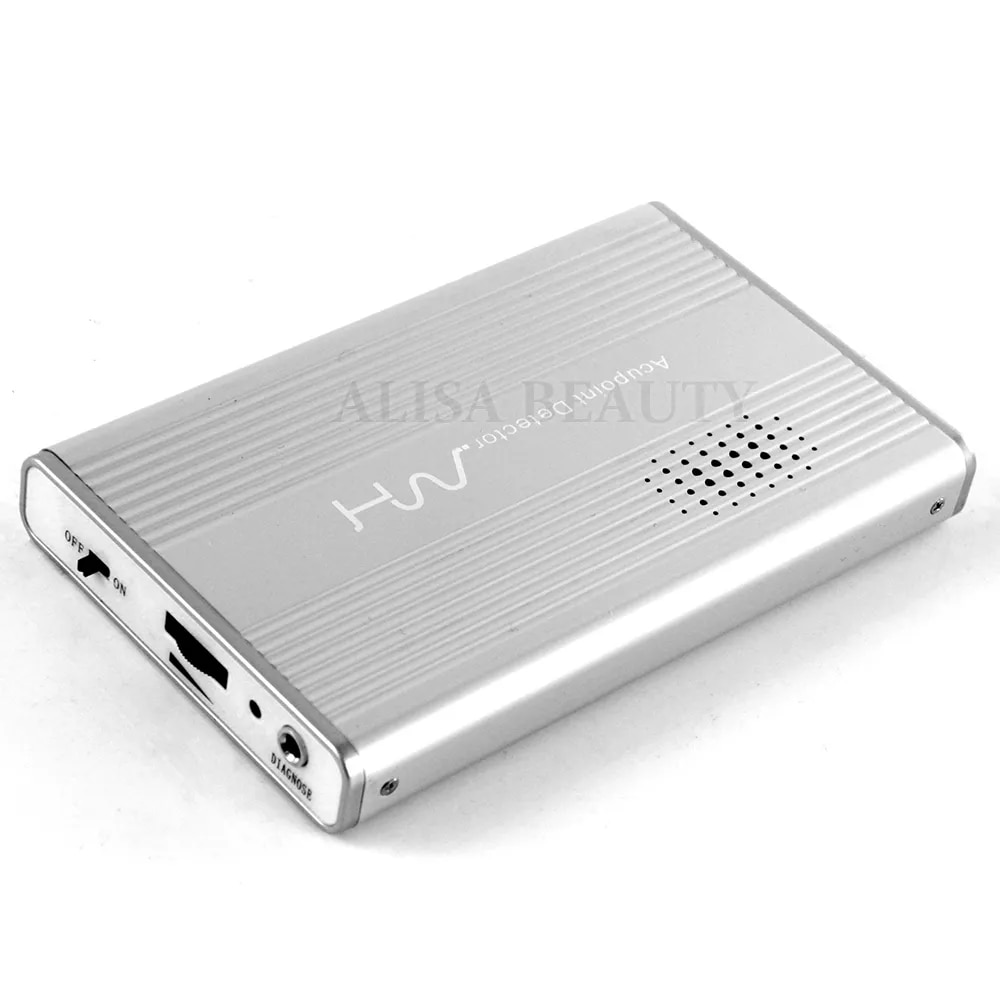 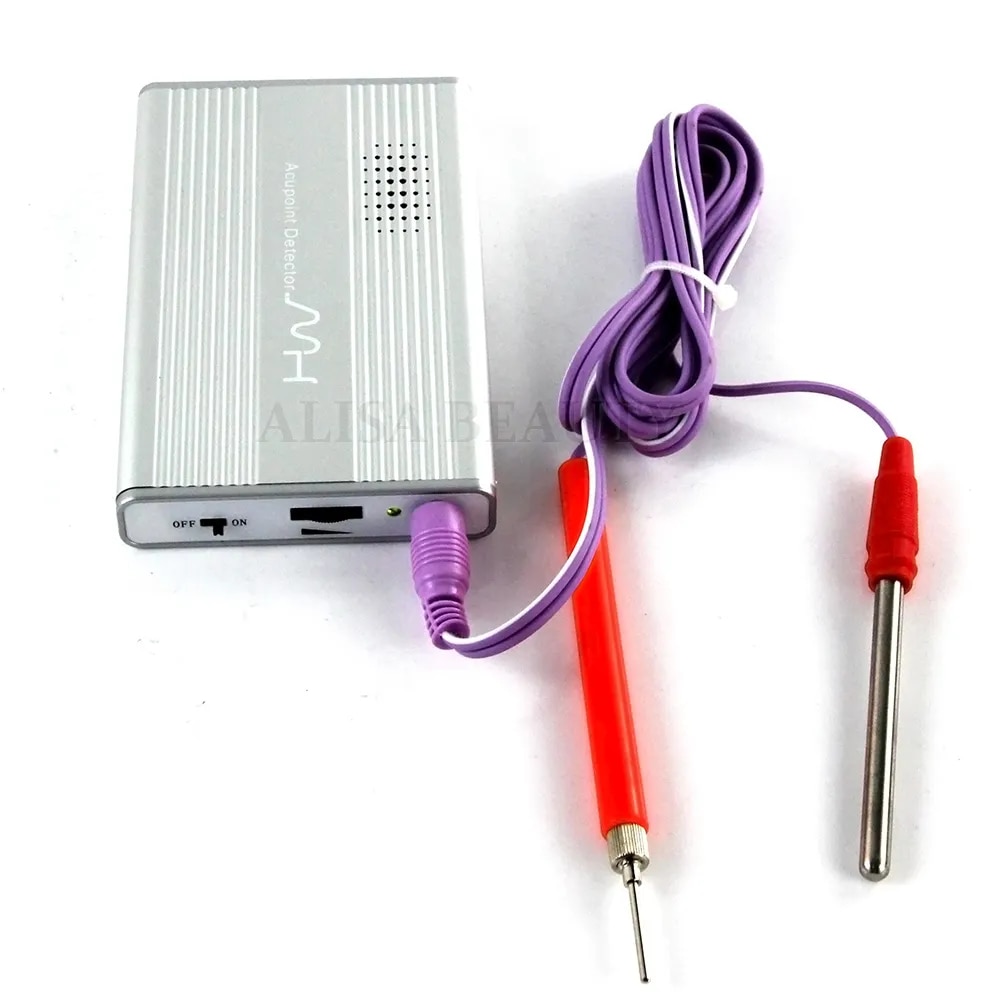 This Ear-Acupoint Diagnosis Machine is designed for the Auricular Electrical Diagnosis. With the patient holding one probe and the operator operating the other probe on the auricle, the signals can be detected, which is measured as the loudness of the noise. The information gathered by this machine can be used to analyze the condition of the patient.

This is the equipment that all Auricular Medicine practitioners should have.

The pinna is the most concentrated place for human body information, and the ear profile is based on functions that reflect all the body's information. When the tissues and organs of the body become ill, the impedance of the corresponding part of the auricle is reduced, including a decrease in electrical impedance. In normal times, the auricle skin resistance is approximately 100 to 5,000 kilo-ohms, and when the organs and tissues of the human body become ill, the ear-point resistance value associated with the disease site is significantly reduced by about 10 to 15 times, and the resistance range is approximately 20 to 500 kilo-ohms. The disease-related acupuncture points (low resistance points) are significantly different from those of normal ears.

I. How to judge the good guidance point
(The distinction between normal acupoints and good guidance points)
Normal auricular points; no electrical or very faint sounds are detected on the elbows, and the tone or frequency is very low. Normal acupuncture points are not accompanied by morphological changes and tenderness reactions.
Acupuncture points related to disease: Good guidance point response during electrical measurement, judging the degree of positiveness from the time and speed of stereo sound after sounding, changes in sound intensity and tones, and whether the acupressure points with sound changes are accompanied by tenderness or thorns. Pain, discoloration, pimples, desquamation, and vascular filling were used as references for judging positive reactions.
II. Types of good guidance points:
Weakly positive: The sound appears to be slow, weak, low in tone frequency, and the pressure does not feel pain.
Positive: The sound appears to be fast, loud, low in pitch, and has no frequency change. The press feels pain.
Strong positivity: The sound appears to be fast, loud, and the pitch frequency changes from bass to treble or treble. There is a sting when pressing acupuncture points.

Three. Instrument usage:
1. Insert the wire plug into the output hole, turn on the power switch, and the indicator light is on, indicating that the instrument is working properly. Set the potential to 0".
2. With the patient holding the stick, the doctor holds the probe and probes the upper ear hole as a reference point. The potentiometer can be adjusted from the "0" position to the sound. Other acupoint detections can be performed. The detection is performed in the order of the system.
3. The probe pen exerts force evenly on the patient's ear rot, linearly strokes, finds the good guide point (positive point), and judges strong positive, positive, weak positive according to the change of the sound intensity and frequency, and the strong positive point is the auricular point diagnosis. The main reference point in the study is the most important part of the pathological changes. It is the chief medical history and should be analyzed.

Positive point: It is the secondary reference point in the diagnosis of auricular point. It needs to make a diagnostic analysis and closely observe the evolution of the lesion.

Weakly positive points: In the diagnosis of auricular points, only reference or suspicious lesions, although not diagnosed, should be observed at any time.

4. The preliminary diagnosis will be made after comprehensive analysis of the collected information combined with visual and palpation methods.

Fourth, detection precautions
Because there are many factors affecting the auricle positive reaction, the accuracy of the auricular point measurement is not only related to the body's conductive characteristics and operating methods, but also related to physical obesity, exercise state, mental factors, ear temple humidity, oil, It is related to factors such as skin desquamation, so to avoid interference of various factors before detection.

Don't scrub the ear before probe, so as to avoid congested fever, increased conductivity, and increased false positives. If the patient has a lot of fat in the ear, sweat after exercise, etc., you need to clean the ear canal. After cleaning, you need to rest for a while. Skin temperature returned to normal, and then probed.

Persons engaged in open-air operations, with high sunlight exposure, apparent keratinization of the auricle skin or individual differences, increased skin resistance, scrubbing the ear mill with a saline cotton ball before the examination, and taking a rest after a short period of time, such as the degree of spirituality of the patient during detection. In most cases, the hand-grip and the patient's hands can be wiped with a 75% alcohol or saline swab to increase sensitivity.

Yanzhai in winter, from the outside into the room, due to contraction of the auricle vasoconstriction, auricle skin temperature is low, the resistance increased, the good guide point is not easy to measure, the patient needs to take a break and then check.

V. Instrument features:
1. The MH-1 Auricular Acupoint Detector is a new product developed jointly by Professor Huang Lichun, an internationally renowned expert in ear medicine, and Wang Hejian, an expert in ear medicine, and related professionals from Beijing Oriental Meihe Electrical Factory. It is an international ear medicine research training. The designated product of the center.
2. The instrument adopts high-grade aluminum alloy, which is ultra-thin, small in size, compact in appearance and beautiful in appearance. It is packed with leather and is easy to carry.
3. The instrument sounds clear, the tone resolution is obvious, and the positioning is accurate. In Europe, Africa, North America, South America and Southeast Asia, many countries and regions are loved by ear medicine workers.
The power supply of this instrument uses two No. 7 batteries, and its normal use consumes very little power.