ACUPOINT TREASURE
He shuttling within patients and press against their body with an Acupoint Treasure. His proficient skill successfully brought back many patients' health and their happiness. Everybody call this India brethren the Master Of Acupoint Treasure, his name is Rajaswaren.

Acupoint Treasure is a great device of Chinese Medical Science, it produces high magnetic beam and electrical pulse that works on the acupoint of human body, thereby achieve the effects of prevention of disease and pain releasing. A user should acquire foundation knowledge of acupoint, meridian and collaterals, so as to get the optimum result of treatment.

Rajaswaren is an active distributor of Tiens Malaysia who acquired full knowledge of Acupoint Treasure. However, how did a man, i.e. An Indian brethren from different cultural background came to know Tiens as well as mastering the unique Acupoint Treasure

In fact, Rajaswaren studied martial arts and acupoint knowledge under a martial art teacher when he was eighteen. He later learned the Ayurveda and massage skill from an India master. Soon after, he went to Singapore to study acupuncture Science. His foundation knowledge in traditional medical science was then built.
In Tiens, he felt excited to know about the Acupoint Treasure. The inserted traditional acupuncture is painful in nature; people may hang back for treatment because of pain. 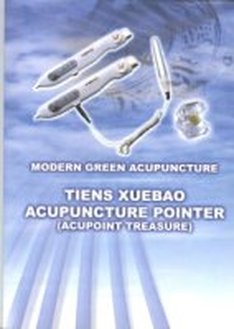 The Acupoint Treasure has no insertion, its magnetic beam and electrical pulse which penetrates into our acupoint, meridian and collaterals will regulate our body. That's the device he is always looking for. During treatment, he applies the knowledge of acupuncture, meridian & collateral he learned, which would double-up the efficacy. For 3 consecutive years, more than 3000 people look for him for treatment, included normal folks and royal family. Even doctors were interested to know more about it. Till date, he trained up numbers of students who are also now the active Tiens members.

Lastly, Rajaswaren advised that a diligent practice on Acupoint Treasure plus further knowledge in medical science will ensure optimum results of treatment.

Acupuncture is an ancient and amazing science which is a unique invention of Chinese Medicine. By stimulating the acupoints of the body surface and using the meridians and collaterals as transmitting channels, acupuncture regulates qi and blood and the functions of zang-fu (internal) organs, thereby achieving the objective of "supporting the right and expelling the evil" and "curing diseases and preserving health". The continual development of human wisdom and social productivity is accompanied by the increasing widespread application and improvement of the therapy using acupuncture and moxibustion.

Xuebao acupuncture pointer is highly effective pocket-sized therapeutical acupuncture equipment made with state-of-the-art technology. It has the effects of dredging the meridians and activating the collaterals and promoting microcirculation. The first of its kind and a leading similar product in China and the world, it has been called the Green Therapy. This patented (China State Patent No: 97103246.7) equipment produces fast and remarkable effects, easy to use, safe and reliable, without any side effects.

Xuebao is a 3-in-1 apparatus based on research on the spoon needle therapy of the Nine-Needle Method of ancient China and incorporates modern high energy magnetic beam and electrical pulses. When its magnetic head is pressed against an acupoint, the focused high energy magnetic beam works on the acupoint of the human body through the skin and exert a fixed quantum of electric pulses by scanning the acupoint, thereby dredging the meridians and collaterals, regulating the functions of qi and blood of the meridians, collaterals and zang-fu organs in additions to expediting the microcirculation of the focus of diseases, regulating the irregular biological electrical field and magnetic field to achieve the effects of prevention of diseases and health preservation.

Xuebao is a highly effective and ideal healthcare product for everyone all over the world and truly a "treasure" in your daily life.

With Xuebao, you too can be a healthcare expert.

The Treatment principles Of Xuebao Acupointer
1. The study on magnetic therapy
Modern science and technology has directly or indirectly revealed the existence of a weak magnetic field around our body and the living environment. For instance, the beating of the heart, nervous activities, blinking of the eyes, and the muscle movements of our limbs can produce an extremely weak heart magnetic, brain magnetic field, eye magnetic field and muscular magnetic field respectively.

2. Magnet is equally important as sunshine, air and water
Studies have shown that the human body is inseparable from magnet. The changes in the earth's magnetic field have significant impact on our bodily magnet and growth as well as development. For example, in the African nation Rwanda which has the strongest magnetic field in the world, men are much taller than their European counterparts. In the Pakistani region of Hunza, centenarians are common and most local residents are healthy. Investigations revealed that due to the unique geological features, the water supply is magnetized naturally. Magnetic deficiency can lead to a variety of diseases such as vegetative neurosis, premature ageing of cells, thick blood, clogging of blood vessels by deposits, cardiovascular and cerebrovascular diseases. 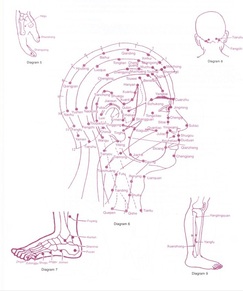 3. Causes for magnetic deficiency and magnet supplementation
In modern days, the earth's magnetic field is being blocked or hindered by skyscrapers, steel towers, bridges and other man-made structures. In addition, motor vehicles, electrical wires and cables, piping also block the natural magnetic field. Piped water has lost the magnetic properties of natural water source. People now are seldom exposed to the natural magnetic field. Mineral contents in food are reducing, resulting in a corresponding decrease of magnetized substances in the human body. Research also shows that the earth's magnetic field is weakening at an annual rate of 0.05%. Hence, it is necessary to replenish the magnetic loss of our body to ensure health. 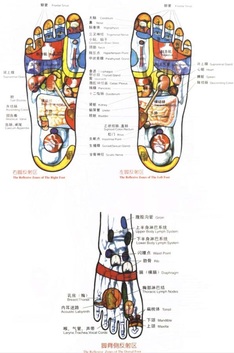 How to replenish the magnetic content in our body

Often drink magnetized water to magnetize our cells.
When water is magnetized in a magnetic field of a given strength, its physical properties will undergo changes, the electrical conductivity increases, surface tension decreases, infiltration increases; it will have higher oxygen content. This is beneficial to the permeability of cells while the decrease in the blood viscosity will enhance enzyme activities and cellular metabolism, promoting circulation

Position one's body in line with the North-South direction of the earth's magnetic field during sleep will help orderize cell of the organ and avoid a chaotic state of the cells.

Use of magnetic therapeutic devices, such as Xuebao Acupointer for pressing acupoints to achieve magnetic ordering of the meridians and collaterals of the body. 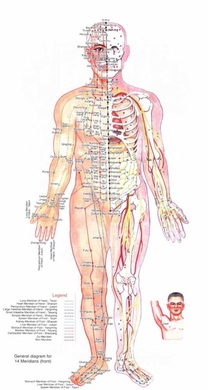 The electrical pulses of Xuebao Acupointer have a unique wave pattern produced by stepped-up and filtered voltage caused by coil high-speed cutting magnetic flux. This unique electrical pulses wave pattern can only be transmitted along the course of meridians and collaterals of the human body, thereby achieving the optimal effects in unclogging meridians and collaterals, regulating qi and blood.

Clinical observations have shown that the therapy of stimulating acupoints with electrical pulses can achieve better results in most cases and has a certain degree of influence on blood biology with a marked increase in the 5-HT and 5-HIAA content (See article by Anqing Municipal Chinese Medical Hospital, Anhui Province). When Baihui acupoint (DU20) is stimulated with electrical pulses, it will have significant two-way regulating effect on the CAMP and CCMP in the plasma and normalize heart rate after exercise by 50% faster and expedite the speed of exercise by 3-5%. Hence, the stimulation of acupoints by electric pulses can produce multiple effects simultaneously and when technique of touching acupoints magnetic beams is combined with electric pulses, it can promote the interchange of magnetic field and bioelectrical field, producing current which can instantly free the meridians and collaterals for optimal treatment results.

5. THE DIFFERENCES BETWEEN XUEBAO AND SIMILAR PRODUCTS AND ITS SPECIAL FEATURES

a.Raw materials: Xuebao is made of permanent high-energy magnet which is rare element and not ordinary magnet. The magnet flux formed by advanced technological method is magnetic beams and not magnetic field.

b. Therapeutic effects: Acupoints are depressions located in the deep layer of periosteum. The magnetic beams formed by Xuebao's magnetic flux can reach the acupoints through the skin without piercing it.

c.Scope of effects: Xuebao can interchange freely between static magnetism and dynamic magnetism. It is highly versatile, convenient and produces no side effects. 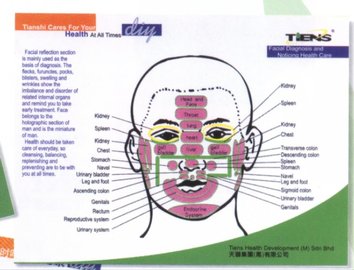 d. Uniqueness of electric pulses method: The electric pulses produced by the magnetic head of Xuebao at a distance of 1mm from the skin can effectively penetrate the skin to reach the acupoints, meridians and collaterals. Usually, therapeutic effects can be achieved with only one or two electric pulses. It has high voltage, small current (uA class), does not harm the nerves or skin. It is scientifically designed for safety. 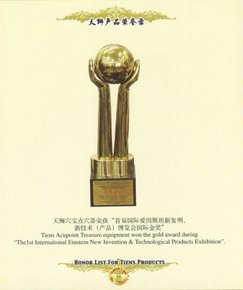